Following the abolishment of the proposed increase to probate fees in April 2017, fees are once again expected to rise.

A revised sliding scale comes into force from April 2019 under The Non-Contentious Probate Fees Order 2018 which will raise costs for more estates in England and Wales.

Probate fees are charged when applying for a Grant of Representation from the Probate Registry when someone passes away. A Grant will always be required where there is land owned in the sole name of a deceased, or assets held in their sole name over a certain value.

Currently, the application fees for a Grant are set at a standard rate of £155 for an application by a solicitor or £215 for a personal application made by an individual. The fee must be paid to the Probate Registry before a Grant can be issued. In contrast, the new sliding scale will be based on the value of the estate, with the scale starting at a higher rate than the current level and increasing to a maximum fee payable of £6,000 for estates worth more than £2 million.

The proposed fees under the new sliding scale are as follows:

The changes were approved by the House of Lords shortly before the Christmas break; however there was some resistance with some Peers referring to the revised fees as an additional death tax. Although the changes were agreed, the House of Lords has put on record its regret that the increase in fees is far greater than the actual cost of the service provided in issuing Grants. Unfortunately, it does not appear that this will stop the changes from going ahead but when the motion goes before the House of Commons to be debated and approved, there is hope that the proposed fees may be reviewed again.

Although the proposed level of fees is significantly lower than those put forward in 2017 (where the maximum fee would have been £20,000 for estates exceeding £2 million), the proposal of a graded fee structure for identical work is again proving controversial. The Institute of Legacy Management among others has termed the fees structure a “stealth tax” and also anticipates that it will reduce legacy income for the charities sector.

Justice Minister Lucy Frazer has stated that the fees are necessary in order to fund the current comprehensive reform of the courts and tribunals system. She also confirmed that 80 per cent of estates should pay no more than £750 under the new system, however the Society of Trust and Estate Practitioners (STEP) believes that 85 per cent of estates would now be liable for higher fees. George Hodgson, STEP’s chief executive, said: “The new charges bear no relation to the actual court costs for issuing Grants of Probate, and are simply another form of taxation, snuck in through the back door.”

We can expect further news in relation to the increase in Probate fees and whether they will come into force in April. Some may remember the changes for probate fees put forward in 2017 were scrapped at the last minute, two weeks before they were due to come into force, so it will be interesting to see how matters develop this time around.

If you need any help or advice, contact our Specialist team. 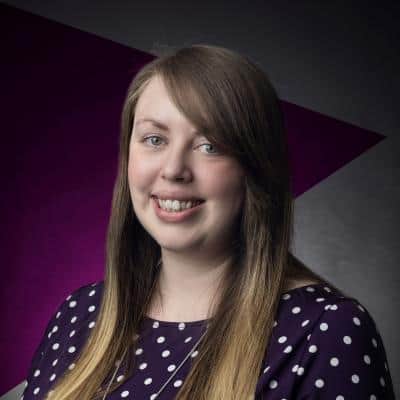 Rachel is a Solicitor in the Private Client Team and advises clients in relation to the preparation of Wills and Lasting Powers of Attorney, as well as the administration of Estates and Trusts.