With transgender celebrities such as Caitlyn Jenner being firmly in the public eye after her appearance on “I’m a Celebrity…Get Me Out Of Here!”; and Frank Maloney, former boxing promoter being another example, businesses need to take note of their role and responsibilities to transgender employees. 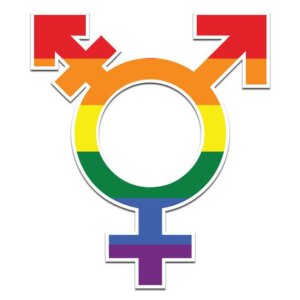 The subject is once again back in the public eye after a recent Employment Tribunal regarding when someone will be protected under the protected characteristic that is gender reassignment, further tied in with the recent decision to not allow under 16’s to take puberty blockers.

Under Section 165(1) of the Equality Act 2010 a person has a protected characteristic of gender reassignment if the person is undergoing or has undergone a process (or part of a process) for the purpose of reassigning the person’s sex by changing the physiological or other attributes of sex.

In the recent case of Taylor v Jaguar Land Rover Ltd it was decided that even where a person describes their gender of non-binary or gender fluid they will still be held to have a protected characteristic if they are in the process of transitioning.

The Claimant in the above case had worked for the Respondent (JLR Ltd) since 2017.

She made the respondent aware that she was transitioning from male to female but regrettably following on from this the Claimant was subjected to harassment and discrimination including comments where she was referred to as “it”.

The Respondent argued that the Claimant could not bring a claim under the protected characteristic due to the fact that she described herself as non-binary, however the Employment Tribunal held that it was clear that the Claimant was in the process of a transition and therefore could afford the protection of gender reassignment.

It goes without saying that employers need to keep their equal opportunities policies up to date to perhaps include policies regarding gender reassignment and the transitioning process.

In addition, a company needs to provide adequate training to their employees so as to avoid this type of discrimination from occurring.