Despite having been around since the 10th century AD, it may come as a surprise to know that it was only recently that a full and proper definition was agreed for an almshouse. You may think that almshouses ended in Dickensian times, but they are still alive and kicking.

The first recorded almshouse was St Oswald’s Hospital in Worcester, dating from 990. When the country underwent rapid urbanisation in the industrial revolution these institutions flourished: about 30 per cent of the country’s almshouses were built in this time.

You may have encountered problems with local government and authorities understanding the true nature of your property, especially if the words “landlord” and “rent” keep cropping-up. If you (or a charity you are concerned with) own and manage almshouse/s, you’ll be pleased to know that there is an official definition from the Almshouse Association.

An almshouse is a unit of residential accommodation (usually a house or flat) which belongs to a charity and is provided exclusively to meet the charity’s purpose such as but not limited to the relief of financial need or infirmity and is occupied or is available for occupation under a licence by a qualified beneficiary who may be required to contribute a weekly sum towards its maintenance. An almshouse charity is a charity which is established to provide one or more almshouses.
They have also created a General Description to work alongside this definition:

1. An almshouse charity is a charity for the relief of financial hardship by the provision of housing and associated services or benefits which:
(a) is subject to the jurisdiction of the Charity Commission; and
(b) must (or is authorised to) provide its primary benefit by the grant of a licence to occupy the accommodation that it owns to its beneficiaries

2. In addition, an almshouse charity is likely to have one or more of the following features:
(a) the origin of the charity is a private gift for the relief of poverty;
(b) the beneficiaries are required to pay a weekly maintenance contribution that must not be set at a level that would cause hardship;
(c) the nature of the accommodation is such that beneficiaries must show particular consideration for the needs of other residents;
(d) a significant proportion of the accommodation is permanent endowment:
(e) the beneficial class or the geographical area from which it can be drawn is restricted.

Something so simple may seem mundane but this will not only be of assistance to Almshouse Charities but also to residents, government, sector partners, such as Insurance Companies and the general public.

Our dedicated Charity Team are here to help: call us today for a free initial discussion about how we can help. 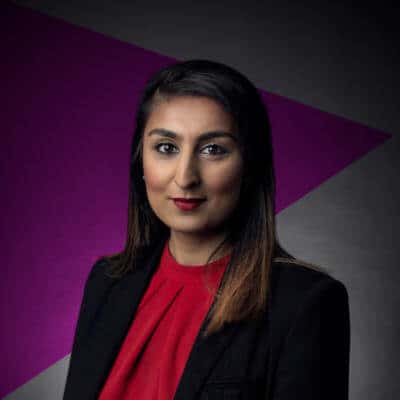 Neelam is a Partner in the Private Client team heading up our Kettering office.