News > Personal > Promises, promises – Were you made a promise about a Will? 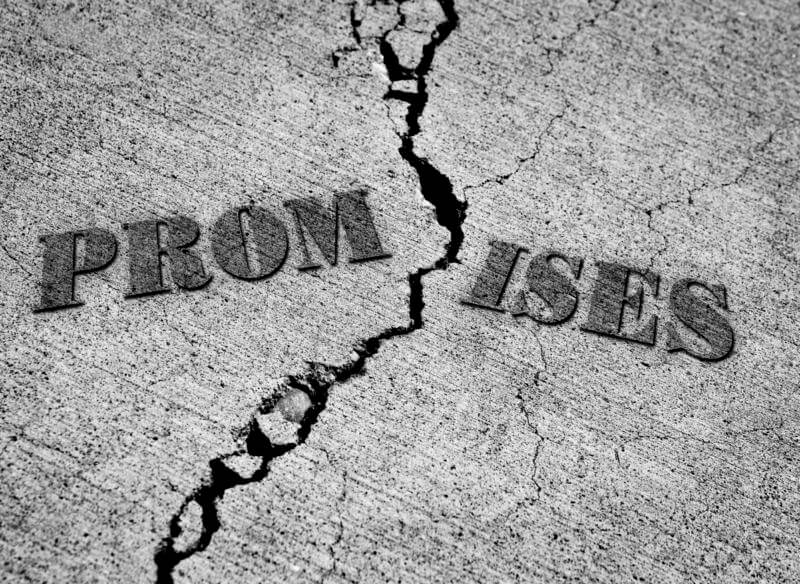 If you were made a commitment regarding something promised in a Will, is that promise binding?

Do you have a claim against the estate and grounds for contesting the Will (contentious probate)?

In this example, Mrs Lothian’s cousin owned a seaside hotel business and had total assets worth in the region of £1,000,000. In September 2010, she was diagnosed with terminal cancer and asked Mrs Lothian if she and her husband would move from Scotland to care for her and to run the business until she died.

Mrs Lothian moved into the hotel to care for her cousin and to run the hotel business for her – spending approximately 9 months of the year there, whilst her husband remained in Scotland where he ran a business, but travelled down at weekends.

Although the cousin spoke to a solicitor about changing her Will to leave everything to Mrs Lothian and her husband, she did not actually execute the Will before she died.

Was the promise of the entire Estate something the Court would uphold?

The Court wills look to see whether all three requirements are met to the extent that it would be unconscionable not to grant relief but even then, the Court may find that the person relying on the promise will not get everything they expected to receive.

In this case, the Court considered that the care provided to the cousin over a couple of years, the uncertainty of how long the obligation to care would last and the impact on Mr and Mrs Lothian’s own life did indeed constitute a considerable detriment.

The Judge upheld the promise and awarded Mrs Lothian and her husband the entire Estate.

On the one hand, be careful what you promise – effusive gratitude for a favour could land you in hot water if someone wants to enforce the promise and you later change your mind. On the other hand, the case is good news as it is the Court’s way of effecting justice where promises might otherwise not be kept.

If you have relied, to your detriment, on the promises of another the Courts may well be on your side.