News > How Does a Prenup Affect a Marriage?

A prenup – or prenuptial agreement – is a legal document that provides for how a couple’s assets will be divided in the event of a divorce.

Arranged before a marriage takes place, a prenuptial agreement is not the most romantic of gestures partners can make before they agree to spend the rest of their lives together. However, they are very practical and are becoming increasingly common in the UK, particularly if one partner has more wealth or assets than the other.

Whilst they are not legally binding in England and Wales at this time unlike most European and Commonwealth countries and America, the Courts here are taking more and more note of the existence of a prenup and what that prenup provides.

It is however vital that prior to entering into a prenup both partners are aware of the extent of the other’s assets, there has been no pressure or coercion to enter into the agreement, ideally that both partners have received independent legal advice and significantly the content of the agreement is fair.

Prenups have their advantages and disadvantages. In this article, the family law team at Wilson Browne explain how a prenup works and how it can play a part in the division of assets upon the break down of a marriage.

What Is a Prenup?

A prenup is a legal agreement that’s entered into by both partners before they become legally married (or before they enter into a civil partnership).

Most commonly, a prenup is used to protect a wealthier partner’s assets in the event of a divorce, but there are other reasons to agree to a prenup, including fair distribution of assets and savings to both partners. Prenups can be used to ensure the following if a couple decides to divorce:

There are many more things that can be included in a prenup, but ultimately the goal is to ensure that it’s clear how assets are going to be divided and who receives what in the event of a divorce.

How Does a Prenup Affect a Marriage?

Many couples regard a prenup as a very practical tool that results in a fair division of wealth in the event of divorce. With divorce becoming an increasingly common occurrence in the UK, many couples are simply being realistic. But for others, this ‘practicality’ can set a precedent of untrustworthiness and pessimism from the beginning, and that can severely affect a marriage.

So what are the realities of a prenup? How can a prenup affect a marriage once it’s been signed? Let’s take a look at the pros and cons of signing a prenuptial agreement with your partner.

Pro: Prenups Can Provide Peace of Mind and Protection

Prenups are a practical tool for protecting income, wealth, assets, inheritance, and property. For many couples, this can be a good enough reason to have a prenup drawn up and signed before marriage.

With assets protected, this can provide some couples with more peace of mind should the worst happen, as they know that the personal wealth they accumulated in their life prior to the marriage won’t be lost.

For many couples entering into marriage later in life or for those who have already experienced divorce, a prenup can be an essential legal tool.

Con: Prenups Can Set a Precedent of Distrust

On the other side of the argument, organising a prenup can set a serious precedent of distrust within the relationship.

If both sides are in agreement that a prenup should be signed, this won’t be an issue. But if one partner is wealthier or appears less trusting of the other, this can be a dangerous way to start a marriage.

Prenups don’t necessarily have to cause distrust. In fact, they can create transparency in marriage and lead to a fairer distribution of wealth between two people. They can also avoid acrimonious Court Proceedings in which a Judge is asked to make a decision about the division of assets, thereby taking control away from the divorcing couple.

For a prenup to be legally binding each partner in the relationship has to disclose the entirety of their assets to the matrimonial law solicitor drawing up the contract – this means that both partners will be aware of the financial situation their husband or wife is in.

Rather than causing distrust, this can promote understanding – and don’t forget the goal of a prenup doesn’t have to be to protect the wealth of one person; a fair prenup can be drawn up that results in an equal division between two partners. This sets a standard of fairness from the outset.

Prenup critics commonly focus on how one wealthier partner will use a prenuptial agreement to protect their personal wealth from their partner. What’s often missed is that a prenup is also used to protect a partner from debt.

Prenups can ensure that legally a partner who accrues personal debts or business debts that have nothing to do with the rest of the family will be fully responsible for those debts in the event of a divorce.

Prenups can be a way to protect business interests too, as well as protecting a partner from business debts, which can be important if one partner has sunk their personal savings into an individual business pursuit.

A prenuptial agreement can have serious effects – both positive and negative – on a marriage. Ultimately, it’s a legal agreement that both partners should enter into in a fair and uncoerced manner. Remember that no marriage ever stays constant.

Marriages are prone to change, so you need to be able to reassess a prenuptial agreement later in life, as it may not result in a fair and equal distribution of assets decades after it was signed.

Wilson Browne’s family law team covers all areas of relationships, from arranging prenups and postnups, to mediating divorce settlements and making arrangements for children.  With years of experience, our expert legal skills can help you and your family through tough times. Contact our solicitors today on 0800 088 6004 to find out how our family law solicitors can help you. 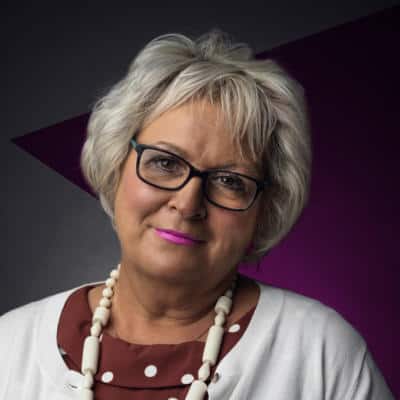 Helen is the Deputy Senior Partner at Wilson Browne and a member of our Family Law Team. She has acted for clients across Northamptonshire for over 25 years and has a long established reputation for acting for clients in the Wellingborough area and regularly sees…