For some, this is a defensive move, for others a drive towards growth. Generally, the objective of an M & A will be to improve on things as they currently stand.

But once a merger or acquisition has taken place, can it actually create value?

Are Mergers and Acquisitions Failing to Create Value?

According to PwC, two-thirds of M&A’s fail to produce the expected financial return shareholders anticipate and the reason for this is not always down to a lack of planning before integration. Prior to take over, 92% of acquirers say they have a valuation creation plan in place and 34% of acquirers identified creating value as their top priority from day 1 of takeover. But in reality, only 61% of buyers say their last acquisition created actual value demonstrating that reality does not always match aspirations when it comes to value creation in mergers and acquisitions.

Even with strategic planning, those companies wishing to merge with, or acquire, others, need to ensure that they carefully select their targets. M&A’s have to work in the long-term if they are to create lasting value.

So the aim should be for this value creation to provide continued growth and success.

Why Synergy is Important

There are several major value drivers in mergers and acquisitions and a major one is synergy.

Synergy is a fundamental principle for M&A’s and is the concept that in a merger or acquisition, the combined value and performance of the companies involved will exceed what they would achieve individually.

Two companies might merge to create economies of scale, increase revenues or gain access to a wider talent pool or advanced technology.

But any of these motives, whether individual or in combinations, should fulfil the requirement that they improve the performance and prospects of the merged company at the end of the process.

Where many M&A’s go wrong is making the wrong decisions about the wrong sorts of companies to merge with or acquire. This prevents them achieving the synergies, or the improved value, they expect.

What Affects Value Creation in M&A?

Various factors can affect value creation. One example is the difference in sizes between a company and the firm it wishes to acquire.

If the target company is significantly smaller than the acquiring company, it is unlikely to influence value creation sufficiently to justify the acquisition.

Even in situations where the target company has clear synergies with the acquiring companies, creating value through M&A integration can be a problem.

It is important to remember that post-deal integration is as important as target selection, and it needs to be an integral part of any M&A strategy.

What are the Keys to Creating Value?

Companies should seek expert advice in M&A, especially when it comes to due diligence. For more information about our company and commercial services, please contact us. 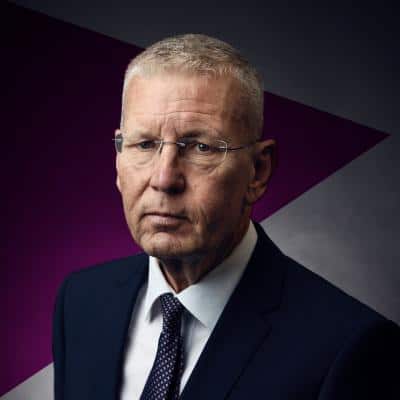 Duncan is a Solicitor and Partner. He specialises in giving corporate & commercial, and employment advice to businesses and companies throughout the region. Duncan has a background in engineering and is well equipped to understand the most complex of contracts and issues facing businesses.