A separation or divorce is a tough situation for any family, but it is important that a father understands his rights and responsibilities in relation to his children in these circumstances.

English law recognises that maintaining a good relationship between father and child is vital.

A father has the same rights as a mother in respect of access to the children, and so cannot be legally stopped unless there are concerns as to the welfare of the children in his care.

A mother should never stop a father who has parental responsibility from spending time with the children unless she has real concerns as to the children’s welfare while in the father’s care.

Under English law, the only valid reason to withhold contact is if there is a risk of physical or psychological harm to the children. Therefore, failure to pay child maintenance is not a valid reason to prevent a father from spending time with his children.

In this article, the Family Law Team at Wilson Browne Solicitors explain what parents can do if they can’t come to an agreement about child arrangements.

If you’re separating from your partner, one of the most important questions to consider is that of access. What access is a father entitled to when it comes to seeing his children?

While the mother doesn’t automatically become the primary carer or custodian of the children, in the UK, it is more common for children to live with their mother after a divorce or separation. If this is the case, then the children’s parents will need to come to an agreement that determines how much time the children will spend with each of them.

It is possible for a father to lose his right to see his children. This occurs only in the most exceptional circumstances and requires the mother to apply to the court to terminate his parental responsibility and remove his paternity rights.

If an agreement cannot be reached between the parents, and there is no reason for the father to be refused access to his children on grounds of welfare, he is entitled to ‘reasonable access’.

This is a deliberately vague term because, while the law does recognise that (in normal circumstances) children stand to benefit from having a relationship with their father, it is also understood that no two families are ever the same.

For this reason, reasonable access is determined by the circumstances of each individual case.

Access can depend on practical time constraints. How many weekends do the children have free, for example, or how much spare time do the mother and father have each week after work? Geographical constraints are also important, as are the wishes of the children to spend time with their father.

Reasonable access is something that needs to be determined by the parents. For some divorcing parents, the situation may resolve itself. The father may move away and only be available on weekends, or the parents may decide to split tasks such as picking the children up from school evenly if they all still live in the same area.

If access agreements can be made amicably during the divorce proceedings, the parents and children will all benefit from a smoother transition. However, if disputes arise during divorce settlements or the welfare of the children is in question, parents will need the assistance of an independent mediator to come to an agreement.

If this fails, the father will need to make a court application, and the decision will be left to the Courts decide. The Courts will make their decision considering a number of factors, however, their primary consideration is the welfare of the children.

What If the Child Doesn’t Want Access to the Father?

The Children Act 1989 makes the welfare of the children the paramount consideration for the court in determining children’s arrangements. Once a child reaches approximately 12 years old, the law will take into account their personal views and wishes in respect of spending time with both parents.

Unfortunately, if a child decides that they no longer want to see their father, the courts can halt access entirely. We should note however that the child can’t simply deny access to their father – a court decision allowing this is rare and only occurs in exceptional circumstances when the child’s safety is at threat. More commonly, the courts may impose less severe restrictions if the child wants to limit access, such as limiting contact to phone calls or emails, or only allowing visits when accompanied by another adult.

Importantly, it’s the duty of both parents to ensure that children can see both their mother and their father. If the mother is deemed to be unfairly influencing their child’s opinion – if the mother doesn’t get on with the father, for example – then a father can make an application to the Court requesting increased contact.

Wilson Browne’s Family Law Team is ready to help your family through tough times. With years of experience alongside expert legal knowledge, our solicitors are here to help you understand your rights as a father.

Our family law team is well practiced in every aspect of relationships, from seeking divorce settlements to mediating family disputes. Contact our solicitors today to discover how Wilson Browne can help you. 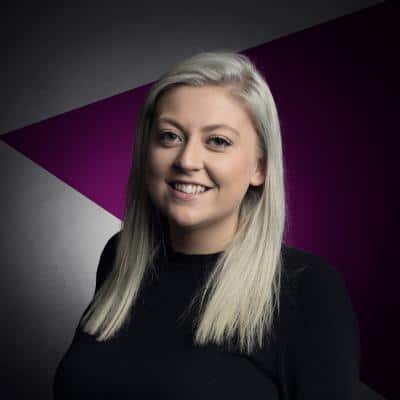