In the case of LCN v CJF [2019] EWCOP 1 published earlier this year, the Court of Protection authorised the settlement of a child’s property on trust under section 18(1)(h) Mental Capacity Act 2005.  Judge Beckley agreed to provide a written judgment, as there was no previous authority for the settlement of property in these circumstances.

The background to the application was very sad.  The child (CJF) was born on 2 October 2005.  At the time of the application in November last year, it was known that CJF only had a few days to live.  He died on 4 December, the week following the judgment.  He was 13 years old.

CJF had a traumatic birth and suffered extensive injuries for which he needed 24 hour care. He received a substantial award of damages, plus periodical payments from the hospital trust responsible for his birth. The award was managed by a deputy, appointed in August 2012.

CJF’s mother was 18 at the time of his birth, and she too suffered injuries due to the birth complications. CJF’s biological father denied paternity and took no part in his life.  CJF’s mother looked after him for the early part of his life, but at the time of his death he was being looked after by foster carers in a specially adapted home paid for out of CJF’s award of damages.

Under the intestacy rules, on CJF’s death, his estate would be divided equally between his biological parents.  His foster parents would inherit nothing.  CJF was too young to make a will, so when his health deteriorated, his deputy made an application to the Court of Protection to authorise the settlement of CJF’s assets (including the property), on trust for him during his lifetime, and thereafter for the property to pass to his foster parents and for the residue of his estate to pass to his mother.

All the parties agreed that the proposed settlement was in CJF’s best interests.  Judge Beckley concluded that the appropriate guidance was to be found in the case law applying to statutory wills. He ordered that the property should pass free of Inheritance Tax to CJF’s foster carers, who had “loved and cared for him”.  The residue should pass to his biological mother who “suffered long-term medical consequences as a result of the complications at his birth”.

The order was made without CJF’s biological father being joined as a party and due to the urgency of the application, Judge Beckley allowed the settlement to be made without the father being served or notified about the application at all.  Judge Beckley allowed this because he felt there were exceptional circumstances to justify it, including:  “his complete lack of involvement in CJF’s life and care and his denial of paternity. There was a genuine urgency and balancing the prejudice of proceeding in the absence of [the father] with the prejudice to [the foster parents] of not proceeding, I considered that the hearing had to take place despite the lack of service…”.  The judge further ordered that, “attempts should be made after the hearing to locate [the father] and serve him with a copy of the final order so that it would be open to him to apply to set aside or vary it”.

In reaching this decision Judge Beckley gave significant weight to CJF’s biological mother’s evidence  that [his father] “had played no part in CJF’s life and that he denied paternity, it would have been wrong to delay proceedings with the significant risk that the rules of intestacy would apply to CJF’s estate.”

The importance of this decision is that the court will apply the guidance in statutory will cases to cases involving a settlement on behalf of a child.  Indeed, as Judge Beckley observed in reaching this decision, before 1959 “the court had no powers to make a statutory will and so would have approved settlement trusts as an alternative”.  The court is only likely to agree a settlement in exceptional circumstances, where the child has little prospect of reaching the age of 18.

The case is also significant as it shows that in exceptional cases, the court will make a decision about a statutory will or settlement without giving someone who would otherwise benefit from the estate the opportunity to be heard.

If you need any help or advice on statutory wills or trusts on behalf of people lacking capacity then please call and ask to speak to our Court of Protection team.

You’ll be drawing on the experience and expertise of one of the most established teams in the area. 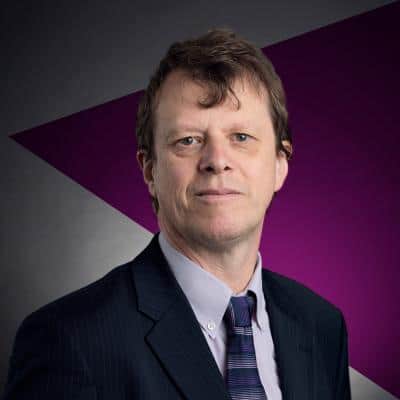