WE ARE OPEN FOR BUSINESS and following Government advice. Most work can be done remotely - no need to visit an office. VISITORS BY APPOINTMENT ONLY PLEASE.

2019 has been a fantastic year for awards at Wilson Browne solicitors.

An Armed Forces covenant employer recognition scheme Silver award, Northants Law Firm of the Year, and Team of the Year from the Northamptonshire Logistics Forum.

But without the continued efforts from all of our staff these awards would not have been possible and on Wednesday over 100 members of staff gathered at the Kettering Park Hotel to celebrate the years’ achievements and reward those that have gone the extra mile.

Numerous awards were given out and the winners were voted by the Partners and staff.

After the awards had been presented everyone was treated to dinner and entertainment by 28 students from Northampton college and Russ Harvey the comedy magician.

Ika Částka, Partner said “Congratulations to all the winners.  It’s great to be able to celebrate the success of Wilson Browne Solicitors and the staff without whom none of it would be possible”. 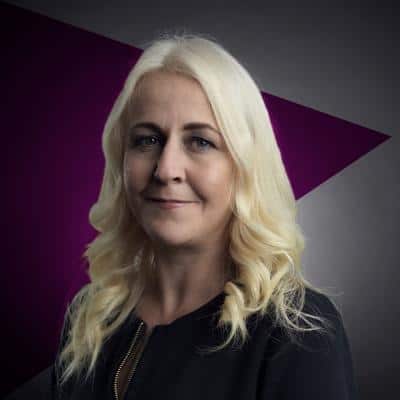 Cathy is a member of the Marketing Team based in the Kettering office. She assists the team with updating the website, organising networking events, social media updates, implementing and monitoring marketing campaigns and general administration for the Marketing Team.